At the graveside in Bari, Southern Italy 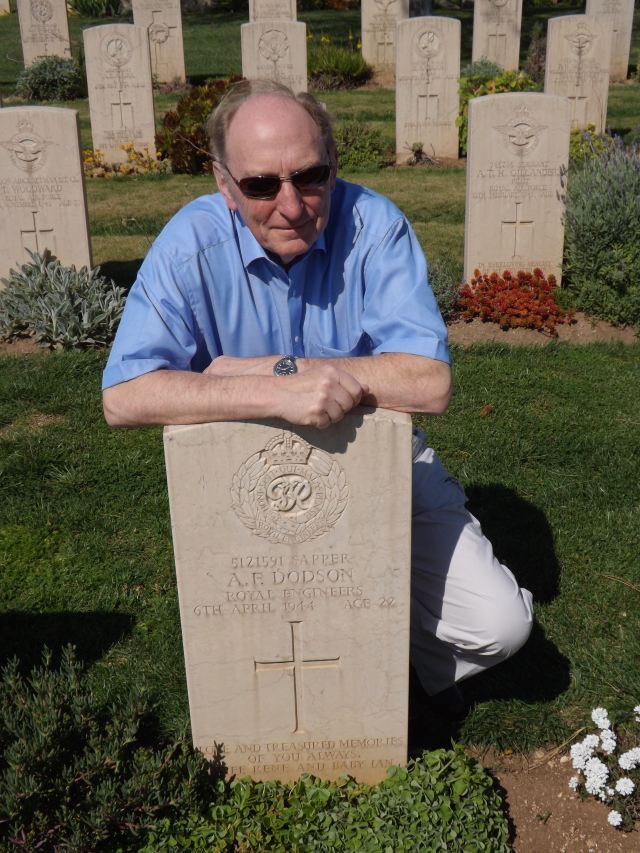 It was with some apprehension that I approached the War Cemetery in Bari. This was the end of a long promised journey. Such a peaceful place, so many headstones, all these young men, what a waste. Theresa and I searched for Arthur’s grave, pausing to read the inscriptions, over 2000 in all, and suddenly there it was beside his friend Jack Holt. They both died together in Sicily in April 1944. As I knelt beside my father’s grave, such mixed emotions, the regret at not knowing him, the desire to find out all about him, the need to make sure his sacrifice was not forgotten. I thought of the words spoken at a remembrance ceremony attended by my mother and recorded by her.