The link with the Dodsons of Yaxley, England.  A journey back in time

I was aware from conversations with my mother and with my Aunts Margery and Muriel in Canada, that my grandfather Herbert Dodson was born and grew up in Yaxley a village in Huntingdonshire near Peterborough. Herbert’s mother’s name was Florence Dodson and he was given the surname Dodson as he was illegitimate and his father (Wade) would not acknowledge him. It was also known that Florence died from TB when Herbert was 12 and he was brought up by an uncle. 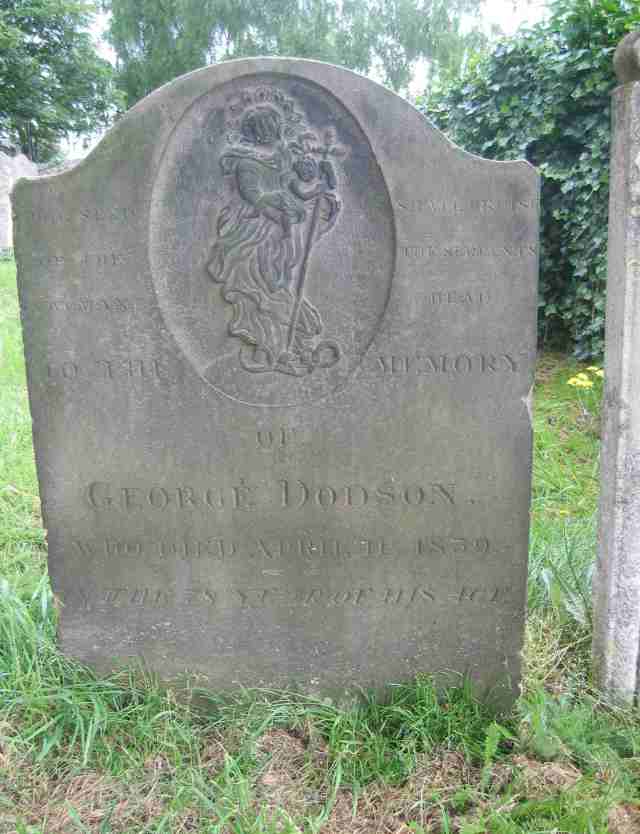 Accompanied by Theresa, I visited Yaxley in June 2004 and carried out a search in the graveyard of the Church of St Peter Yaxley. We found seven Dodson graves covering three generations the oldest being George Dodson (1761-1839). A subsequent visit to the County Records Office in Huntingdon established that these were members of the one Dodson family and confirmed the link to Florence and her son Herbert. During the period 1790 to 1890 the records show that over 40 members of the Dodson family were born in Yaxley and, while some died in infancy, the census of 1891 revealed that most of these had subsequently moved away from Yaxley. So there must be many Dodsons around the world descended from the Yaxley family.

A direct link has now been established between the Dodson family in Ireland and the five generations of the same Dodson family headed by George Dodson living in Yaxley for 150 years up to 1915, when Herbert Dodson met Mabel Robinson and left Yaxley for Sheffield where they got married. Mabel Robinson was the daughter of George Edward Robinson(Ted) and Emmie Richardson (1st cousins who married) and lived in London. The Robinson family originated in Crowland a village in Lincolnshire near Peterborough. The Richardson family came from Ashton a village in Northamptonshire also not far from Peterborough.

1 Response to The Dodsons & Yaxley